Tahini is a sesame paste that is traditionally cooked, grated and peeled.

We find it mainly in the cuisines of the eastern Mediterranean such as Greek, Middle Eastern, Turkish and North African.

One of its most well-known uses is for making halva, dips, hummus and baba ganoush.

The word most likely comes from the Arabic language that through Christian immigrants in the early 20th century from the Middle East transported under the name end of 1930 tahini appears in English.

The first mention of sesame is in cuneiform writing and dates back to about 4000 years ago after describing the offering of sesame wine to the gods. Herodotus mentions the cultivation of sesame in the region of the Tigris and Euphrates where it was used as a source of oil. However, tahini is mentioned as an ingredient in a recipe in an anonymous 13th-century Arabic cookbook, while sesame paste is also an ingredient in some Chinese, Korean, Japanese and Indian dishes.

Sesame seeds are soaked in water and then crushed. This is how the kernels are separated from the bran. They are then soaked in seawater where the bark sinks. The kernels that remain on the surface are roasted and ground, thus producing tahini.

Tahini, as we said above, is found with many different uses in various Mediterranean and Middle Eastern cuisines, either in cooking or in confectionery. In Greek cuisine it is used in many ways such as in bread, either alone or with honey or jam. Jars of tahini and honey or cocoa or chocolate are ready on the shelves of delicatessens. It is the most basic ingredient for a type of halva (the so-called grocery store), but also for the preparation of dip, vinaigrette, tahino soup, fasting walnut pie and ice cream. Tahino soup and fasting walnut pie are especially popular recipes during Lent before Easter.

In Cypriot cuisine, tahini is also called tassi. In Cyprus, they use it as a dip for bread and in the pie on souvlaki instead of tzatziki, while they also make the sweet tahini pie.

Of course, tahini is still used, for example, to make hummus, baba ganoush, sauce for lachmajun and as a dip for falafel !

Tahini is a super food since it comes exclusively from ground sesame and retains all its nutrients.

Sesame contributes to the proper functioning of the body and has great nutritional value as it contains many vitamins, carbohydrates in the form of fiber, many minerals and trace elements such as calcium, iron, potassium, zinc, phosphorus, magnesium etc. On the other hand, it contains little saturated fat.

This nutritional value makes it a useful addition for those who follow a vegetarian or vegan diet as it can replace animal protein.

We present you the most famous Christmas and New Year cookies and cakes from traditionnal greek cuisine to inspire you! 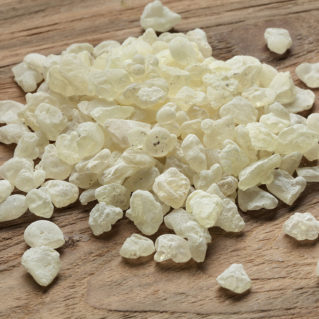 Mountain tea is one of the most popular herbs in Greece. It is known for its excellent effectiveness against colds and its antioxydants !