Who Greek or who has already been to Greece and tasted the “loukoumades me meli” does not like them? It is linked with childhood memories, festivities and summer walks!

This dessert has its roots in ancient Greece. In the work “The birds”, Aristophanes mentions the loukoumades. In addition, to the winners of the Olympic Games, the ancient Greeks offered loukoumades.

First, dilute the yeast in a cup of lukewarm water.

Stir in 1 tsp. of sugar and 1.5 cups of flour, work the dough until smooth. Then cover and let stand in warm place.

When it has doubled in size, add the rest of the water, salt and the amount of flour needed to obtain a thick dough.

Cover again and let it swell until it bubbles, about 1.5 hours.

Heat olive oil in a large frying pan, when it begins to smoke, throw the dough into it in small spoonfuls (about ten at a time).

You should immerse the spoon in water each time, so that the dough does not stick.

Fry the loukoumades until they are well puffed and golden brown, take them out of the oil with a skimmer, place them on a paper towel to remove the excess oil and then put in a large plate.

Pour in the honey, nuts and sprinkle with cinnamon and serve very hot.

You can accompany the loukoumades with a greek coffee, tea or infusion ! 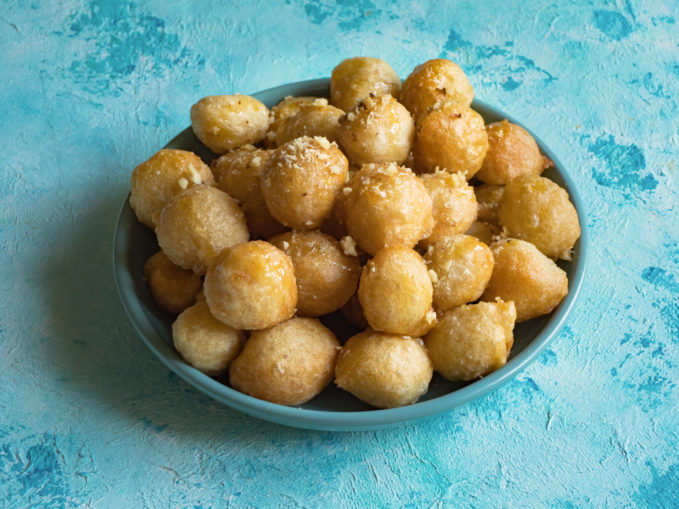 An amazing dish (mostly consumed during summertime) full of taste which you can eat as a main or side dish, with plenty of vitamines ! 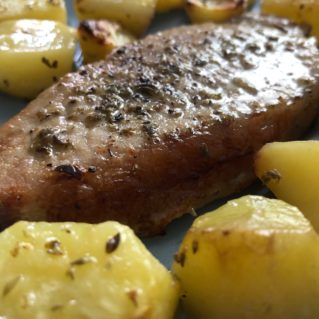 Brizoles (steaks) in the oven is a typical Greek dish, easy to prepare and ideal for a meal with your family or with your guests. 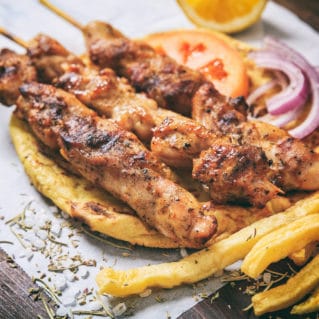 Prepare yourselves pites for making souvlakia or for your barbeque !